I’ve been interested in 3D printers for a while now, in particular the thought of being able to take some. of. my. hardware projects to the next level with custom printed cases & components was very compelling to me. So I decided recently to take the plunge and purchase my first 3D printer to see if my expectations matched whats available.

I decided to get the Creality Ender 3. Its one of the cheaper printers on the market, but its got a great reputation & a huge modding community that means you can with a few tweaks have access to features of much more expensive printers. The downside is that its very much the opposite of plug and play - expect to spend days or weeks putting it together, deciphering poor documentation, flashing custom firmware, wiring in mods, & printing out additional parts. With that said I kind of enjoy doing all of the aforementioned things and after spending a long weekend messing around with it, everything is running well. 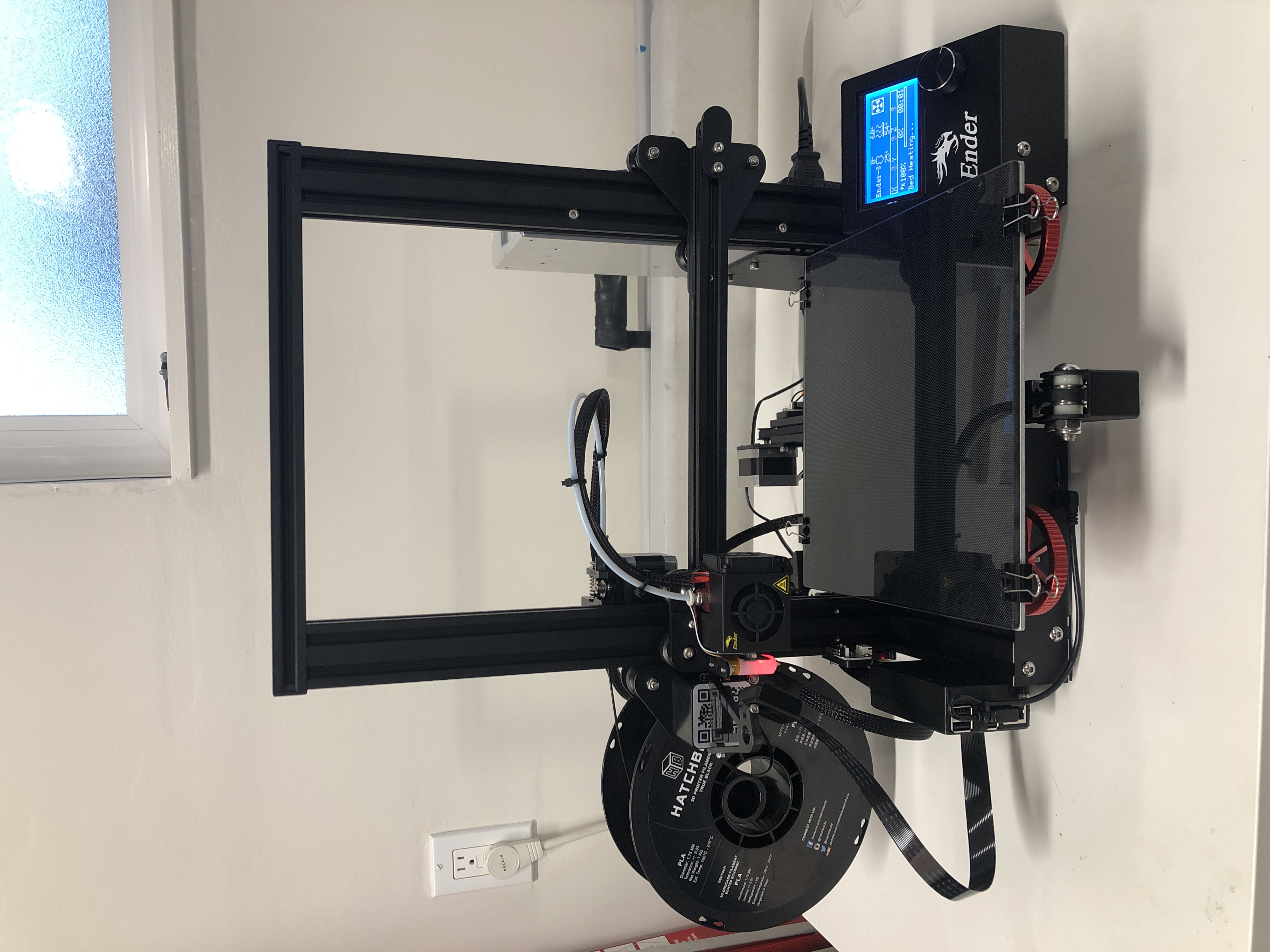 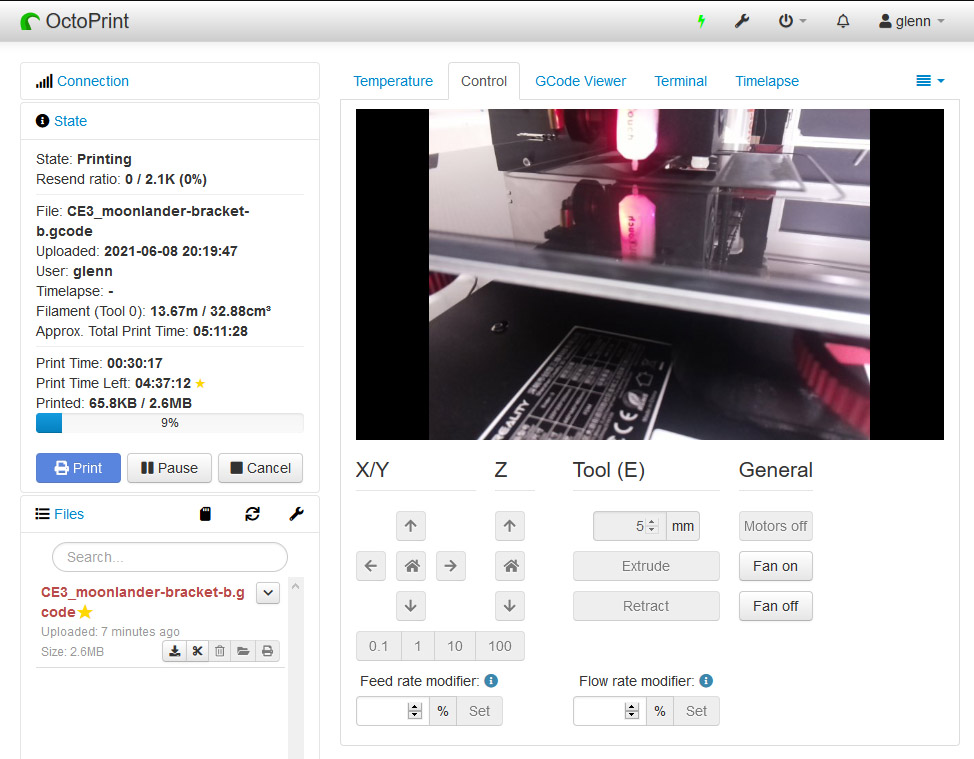 OctoPrint is a fantastic piece of software that allows you to remotely control your printer from a Raspberry Pi, including uploading new prints & even viewing a live video stream of the current print status. To set it up I used this guide, but I opted to use a different case for the Pi so I could side mount it and not have to run the camera cable underneath the printer.

3D Printers get hot & the cheaper ones are often made with cheaper components, so you probably shouldn’t leave them running completely unattended for long periods of time & you should probably take some basic safety precautions to prevent the most likely causes of a fire.

Once you’ve downloaded a 3D model, you’ll need to ‘slice’ it to convert it into GCode instructions that your printer will actually execute to print the model. A popular free program for doing this is Cura & below is the start and end snippets of GCode you can configure it to run before & after every print. These snippets are important as your printer needs to pre-heat, home itself, clean the hot end, and home itself before it will be able to print successfully.

I’m now printing pretty reliably good prints with PLA, so the next thing is to familiarize myself with Blender so I can put together some custom 3D models to print. The first project I want to tackle is a custom tenting mount for my ZSA Moonlander keyboard - If thats successful I’ll post the results up here in future.